As part of our work to encourage the shift to a sustainable future, Generation Investment Management will over the coming months review a number of new books which deal with questions of energy and climate change. We have chosen books that we feel are useful contributions to the debate — from a variety of perspectives.

Everyone in Silicon Valley reads the same blogs. Scott Alexander’s “Astral Codex Ten” is one of them. Tyler Cowen’s “Marginal Revolution” is another. And everyone is intrigued by a website that only started publishing in early 2020: wtfhappenedin1971.com. In a long series of charts, the site suggests that something profound changed in the early 1970s. Inequality started to rise. Inflation took off. Home prices went through the roof. Banking crises suddenly became more frequent. Society became more unstable.

The charts are certainly intriguing. It is harder to know whether they have a common cause. Some people say it’s to do with the end of the gold standard (the “Nixon shock” of 1971 involved the cancellation of the direct convertibility of the United States dollar to gold). Some point out that in 1971 the People’s Republic of China was admitted to the UN. Some say it’s linked to the founding of the World Economic Forum, which also took place in 1971. Many of these putative explanations are far from convincing; some of them are simply conspiracy theories. But another factor, which few people mention, could be most important of all: oil. 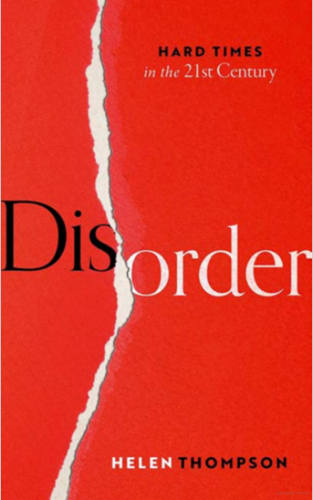 In her new book, Helen Thompson, a professor of political economy at Cambridge University, does not mention wtfhappenedin1971.com.

But she does demonstrate, convincingly, that oil has played a much greater role in global financial markets, economics and politics than is usually acknowledged — including in 1971. Her book, informed by a huge amount of research, is well written. It also has important implications for our understanding of the coming net-zero transition.

In 1970 American oil production hit what was then an all-time peak, of nearly 10 million barrels of oil a day (see chart). But after 1970 it entered a nearly 40-year period of decline, even as domestic demand for oil continued to grow rapidly. America quadrupled its oil imports from 1970 to 1980, looking farther and farther afield to find new sources. The government became more interested in what was happening abroad. It needed to be sure of a steady supply of oil, after all.

That may have kickstarted some of the strange things that started to happen in the early 1970s. As American imports soared, the dollar came under pressure and with it the gold standard, Thompson shows. That, in turn, kickstarted inflation, especially when global oil prices rose. Huge amounts of dollars flowed to oil-exporting countries and then to international banks, swelling the size of the global financial sector.

Many of the deregulatory efforts of the late 1970s and early 1980s — thought by many to have contributed to higher inequality — were motivated by a desire to reduce energy prices. The world also became more geopolitically unstable. America had become less sure of itself: the rapid economic growth of the 1950s and 1960s was predicated on an assured supply of oil, which was no longer there. Thompson brings a huge quantity of sources and arguments together, using oil to thread the needle.

As Thompson shows, though, it is not just the early- to mid-1970s where oil played a crucial but underappreciated role. The expansion of European empires into the Middle East in the early part of the 20th century was motivated by a desire to secure oil supplies. “[O]il weakness,” Thompson argues, “was a near-sufficient motive” for Germany’s invasion of the Soviet Union in 1941. “Germany simply could not win a war in which the United States was supplying the British empire without securing control of Soviet oil.” Germany had tried to convert domestically produced coal into synthetic oil, but without much success.

In the 21st century, meanwhile, Donald Trump’s “America First” policy also became a whole lot easier because of the huge boom in shale oil and gas, which began in the early 2010s. In 2020 America produced 70% more oil per day than the next-biggest producer, Saudi Arabia.1 Yes, it is not very widely known but America is by far the world’s biggest oil producer. With large domestic supplies, America no longer had such an interest in global stability and could withdraw into itself more easily.

The big question is what this all means for the transition to a net-zero energy system. Thompson does not discuss this in much detail, beyond worrying that renewables will actually mean higher prices for households. This hardly seems like a fair assumption, though: the economics of renewable energy have massively improved in recent years, meaning that in many cases the cost of production is now below that of fossil fuels.

Still, the geopolitics of energy is about more than just costs. The net-zero transition will have plenty of political consequences. The gloomy outlook says that autocratic oil producers might double down on political repression as they lose economic power. And a world with less trade might also be one with less cooperation.

Yet there is a more positive outlook too. Many fossil-fuel exporters will have a big incentive to enact political reform and economic diversification — possibly away from corrupt, oligarchic systems and towards more open ones. A world in which more countries produce their own energy, rather than importing it from abroad, might be one in which wars over scarce resources happen less often. What seems clear is that big shifts loom.

The information presented herein is intended to reflect Generation’s present thoughts on sustainable investment and related topics and should not be construed as investment research, advice or the making of any recommendation in respect of any particular company. It is not marketing material or a financial promotion. Certain companies may be referenced as illustrative of a particular field of economic endeavour and will not have been subject to Generation’s investment process. References to any companies must not be construed as a recommendation to buy or sell securities of such companies. To the extent such companies are investments undertaken by Generation, they will form part of a broader portfolio of companies and are discussed solely to be illustrative of Generation’s broader investment thesis. There is no warranty investment in these companies have been profitable or will be profitable. While the data is from sources Generation believes to be reliable, Generation makes no representation as to the completeness or accuracy of the data. We shall not be responsible for amending, correcting, or updating any information or opinions contained herein, and we accept no liability for loss arising from the use of the material.